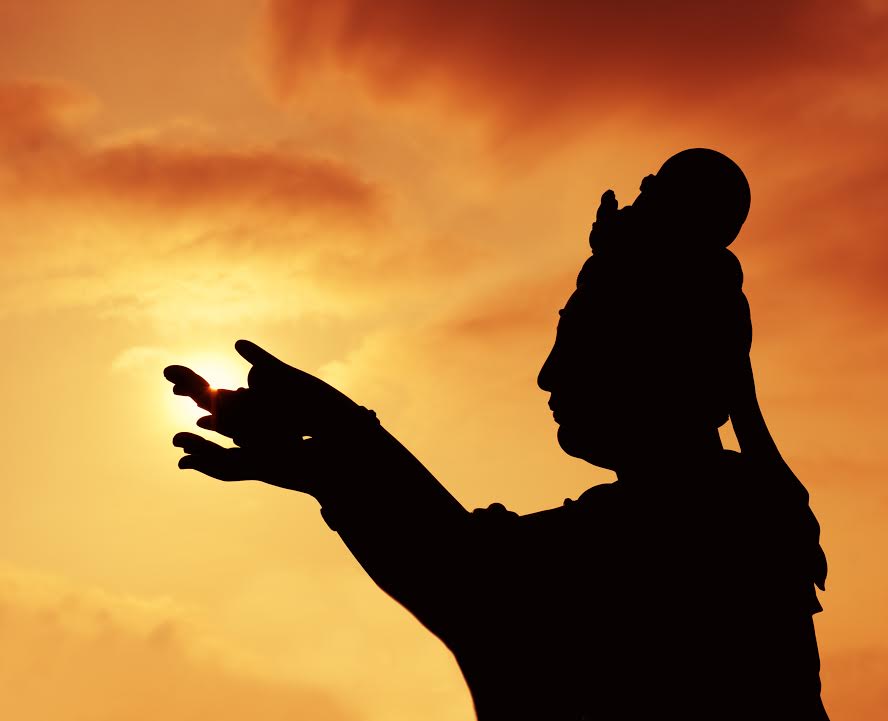 I love the Winter Solstice! The shortest day of the year is magical and I love its importance throughout history to so many cultures. It starts the beginning of the return of "light", and the lengthening of days, and has long been viewed as the birth of the year. By celebrating the return of the Sun, the days between Solstice and the New Year are a luminous time period, when anything is possible. In England, the Twelve Days of Christmas were considered omen days which could be used to predict the weather in the coming year.

Much of the world celebrates the New Year on January 1st, according to the Gregorian calendar, with a countdown, kisses and the popping of champagne bottles. But did you ever wonder why the first of January? I read that it was Julius Caesar who, in 46 BC, decided to honor the pagan god Janus by taking that day as the commencement of each new calendar year - Hence the name "January." I love that Janus was considered to be the god of beginnings, ends, passages and time. He was always depicted with two faces, one towards the past, and one facing forward to the future.

Not all cultures from around the globe share the same New Year date, and often their date fluctuates with the lunar schedule. A few examples are the Chinese new Year which is in late January into February, the Jewish new Year in Autumn which aligns with the end and then begining of the yearly reading of the Torah scroll, and the Balinese New year of Galungan and "Nyepi" that happens in two cycles during the Lunar year, (in 2015, it first falls on March 21 -more about this holiday later). The same day celebrated in India as Ugadi. Also the "Persian New Year" or Nowruz, that marks the first day of spring and the beginning of the year for the Iranian calendar...

On New Years Eve, I love the idea of breathing all that I would like to leave in my past into a burnable object and throwing it into a fire... freeing myself and setting my intentions to be the best I can be to myself and others... and wishing for peace and prosperity for all.

I thought it would be interesting to share some of the other traditions from around the world on how they enter the new year. I would love to hear any of your New Year's Rituals!

New Year's Day has a special significance, and is often called Emancipation Day or Jubilee Day. On January 1, 1863, the Emancipation Proclamation, freeing all slaves from bondage, was read in Boston. Today, many African-American families hold "watch services" on January 1. The unique celebration, Kwanzaa, continues over seven days starting December 26, so the New Year's celebration is often part of Kwanzaa's way of reconnecting people with their African roots. Kwanzaa began in the United States in the 1960s, and is not celebrated in Africa.

Buddhist temples ring their bells 108 times to welcome Toshigami, the New Year's God. The Japanese also clean their homes and send thank-you cards called Nengajo that wish a Happy New Year and give thanks to friends and relatives.

In Estonia, they believe that they should eat seven, nine, or twelve meals on New Year's Eve. With each meal consumed, it is believed that the person gains the strength of that many men the following year. You don't eat the entire meal, however - part of the meal is left unfinished for the spirits or ancestors who visit the house on New Year's Eve.

A Finnish new year tradition is called Molybdomancy, which is the act of telling New Year's fortunes by melting "tin" (actually lead) in a tiny pan on the stove and then quickly throwing it into a bucket of cold water. The blob of metal is then analyzed in the candlelight to see what fate will befall the person in the New Year.

In Ecuador, thousands of life-size dummies representing misfortunes from the past year that are burned in the streets. The scarecrows are made from newspapers and pieces of wood, and at midnight, everyone gather outside their homes to burn the dummies together.

In Ireland single women place sprigs of mistletoe under their pillows on New Year's night in the hope that it will bring them better luck and a future husband. Also according to Irish superstition, be wary of who enters your home after the 31st - if the visitor is a tall, dark handsome man, your year will bring good fortune Another tradition peculiar to Ireland is pounding on the doors and windows of the house with bread. This practice was to chase out evil spirits and ensure bread for the upcoming year.

The German people eat jam-filled doughnuts made with or without liquor fillings on New Year's Eve, as well as a tiny marzipan pig as a token of good luck.

In Macedonia, New Year's Eve is celebrated both on December 31st as well as on January 14 according to the Macedonian Orthodox (also known as the Julian or Lunar) Calendar. Fireworks happen throughout the day on the 31st, and Macedonian children receive gifts from relatives on the 14th.

In Argentina, people believe that eating beans before the clock strikes midnight means they will have good luck in their careers in the year ahead. Some also believe that if they carry a suitcase around their house, they will travel more in the year to come.

Spaniards eat a grape with each of the twelve chimes of the midnight countdown while making a wish. The tradition dates back to 1895 when some savvy vine farmers realized they had a surplus of grapes and started the tradition to get more customers.

In Belgium, New Year's Eve is called Sint Sylvester Vooranvond. Besides toasting with the customary champagne, Belgian children write New Year's letters to their parents or godparents on New Year's day. They decorate the cards with fancy paper complete with cherubs, angels, and colored roses and then read them aloud.

In Greece, It's believed that hanging an onion, or "kremmida" on your door on New Year's eve as a symbol of rebirth in the coming year. The following morning, parents traditionally tap their children on the head with the kremmida to wake them up before church.Greeks also commonly break a pomegranate on their doorstep before entering their houses on New Year's Day, another symbol of prosperity and good luck.

People in Denmark prepare an evening meal that ends with a special dessert known as Kransekage, a steep-sloped cone-shaped cake decorated with fire crackers and flags. Also, it is thought that throwing dishes on someone's doorstep on January 1st assures they will have many friends in the year ahead.

Brazilians wear white as a symbolic gesture to welcome peace and prosperity in the New Year. They eat lentils and pork and drink champagne to increase their luck for the New Year. Other traditions include having individuals chew on seven pomegranate seeds at midnight and then preserving the seeds in their wallet. It is also common for people to run into the ocean to jump over seven waves; for every wave they jump, a wish is made for the
New Year.

Elaborate Fireworks are probably the most common form of welcoming the New Year amongst the cultures around the globe. However also consistent amongst many cultures is the belief that this is a time for settings things straight; whether it be a thorough housecleaning, paying off debts, returning borrowed objects, reflecting on one's shortcomings, mending quarrels or giving alms. In many cultures, it is a time to cleanse yourself physically as well, the ocean or local body of water, literally washing the slate clean.

However you choose to enter the year of 2015 I wish you the very best, filled with love, laughter and light!
Twitter