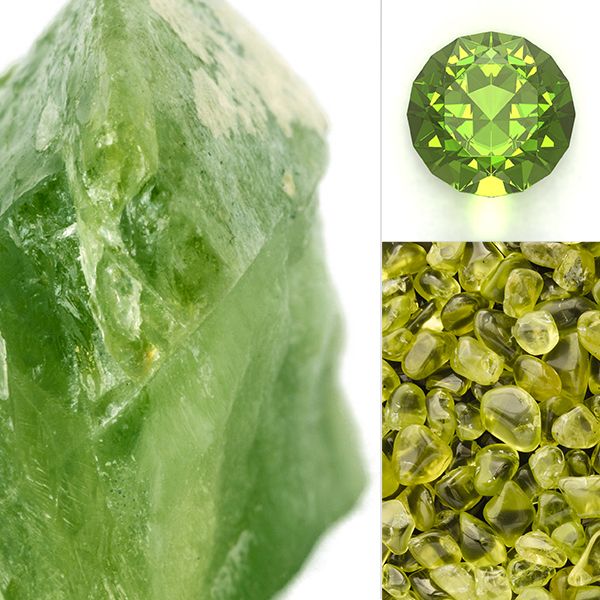 Properties of Peridot are thought to include:

Also known as Olivine or chrysolite, Peridot can be bottle green, or yellowish green.  The greener tends to be called Peridot, and Yellower type Chrysolite.

Crystallizes in forms of masses, grains, and prismatic crystals, sometimes flattened. Colors include various shades of green; may even be found in red, yellow-brown, green to brown, and honey yellow. May help one in the understanding of Life's changes as they occur, and in recognition of the harmful patterns detrimental to growth.

Considered an excellent healing stone, Peridot may act as a tonic for strengthening and regenerating the body.  From early times through middle ages, Peridot was considered a symbol of the sun.  An early Greek manuscript on precious stones tells us that Peridot bestows royal dignity on ithe one who wears it.  It was known and worn to protect its owner from evil spirits as well as used for its very cleansing effects.  Also known as “The Stone of the Sun” it was used by Atlanteans, Egyptians, Aztecs, Incas & Toltecs as a calming purifying and balancing energy for the physical body. 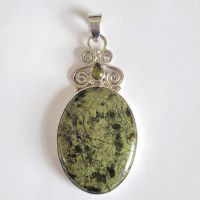 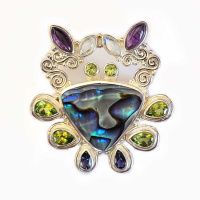 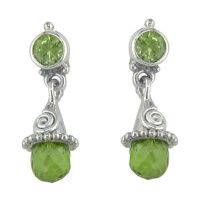 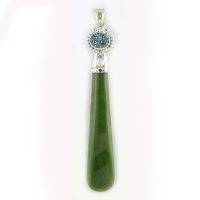 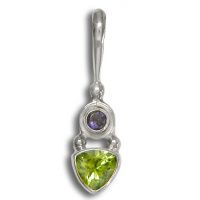 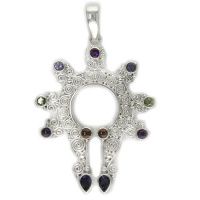 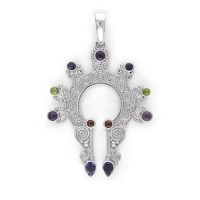 $78.00$50.70 each Moonstone Clip Earrings with Peridot and Rainbow Moonstone AE501GP 1 item in stock Add to cart Add to wishlist 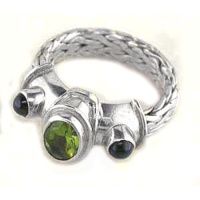 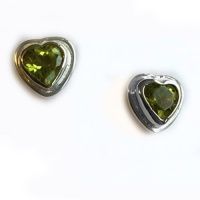 $58.00$37.70 each Goddess Pendant with Labradorite and Peridot WJ69P 3 items in stock Add to cart Add to wishlist 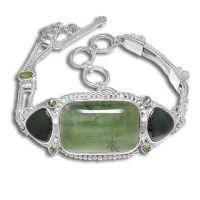 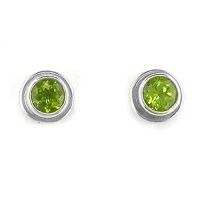 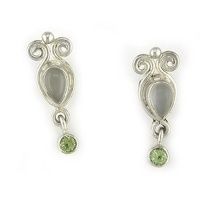 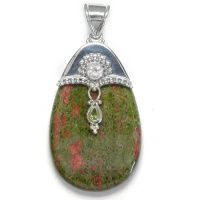 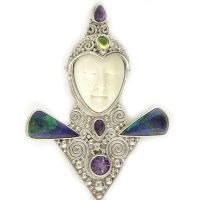 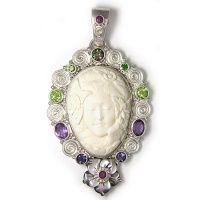 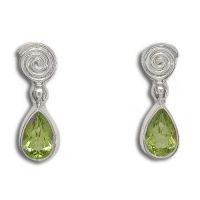 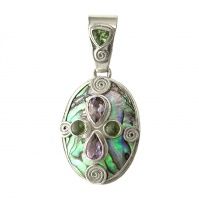 $80.00$52.00 each Paua Shell Pendant with Peridot and Amethyst and Sterling Silver Swirls MR584P 2 items in stock Add to cart Add to wishlist